Carice van Houten is a Dutch actress and singer. She is best known for her roles in the films Suzy Q, Undercover Kitty, Black Book, Valkyrie, The Happy Housewife, Black Butterflies, Repo Men, Black Death, and Brimstone. From 2012–2019, Van Houten starred as as Melisandre on the HBO television series Game of Thrones, for which she received nominations for two Screen Actors Guild Awards for Outstanding Performance by an Ensemble in a Drama Series and a Primetime Emmy Award for Outstanding Guest Actress in a Drama Series. In 2012, Van Houten released See You on the Ice, a pop-rock album. 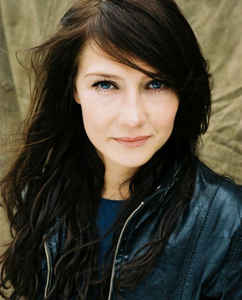 Born Carice Anouk van Houten on September 5, 1976 in Leiderdorp, Zuid-Holland, Netherlands, to parents Margje Stasse and Theodore van Houten, she has a younger sister, Jelka van Houten, who is also an actress. She has been in a long term relationship with Australian actor Guy Pearce. They have a son together. She was previously in a relationship with German actor Sebastian Koch.

Carice van Houten Facts:
*She was born on September 5, 1976 in Leiderdorp, Zuid-Holland, Netherlands.
*She is the older sister of actress, singer and stage-designer Jelka van Houten.
*She played the red priestess Melisandre on the hit series Game of Thrones.
*She speaks Dutch, English, German, and French fluently.
*She is a lifelong fan of Laurel and Hardy.
*Visit her official website: www.caricevanhouten.com
*Follow her on Twitter, Facebook and Instagram.