Dan Gauthier is an American actor. He is best known for his portrayals of Kevin Buchanan in the ABC soap opera One Life to Live, Brad Powell in the 1989 film Teen Witch and as Chip in the sitcom Friends. Gauthier’s other notable works include Tour of Duty, Sisters, Muscle, A Million Happy Nows, Courthouse, Ellen, Beverly Hills, 90210, Melrose Place, and All My Children. Born Daniel Lester Gauthier on December 2, 1963 in Prineville, Oregon, he was inspired at an early age to acting by his mother who was a stage actress in local theaters. At age 18, Gauthier moved to California and attended San Diego State University. He debuted on an episode of Married…with Children in 1987. He has been married to Lisa Fuller since April 22, 1990. They have a son together. 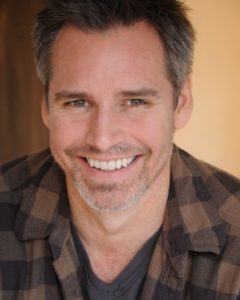 Dan Gauthier Facts:
*He was born on December 2, 1963 in Prineville, Oregon, USA.
*His full name is Daniel Lester Gauthier.
*He studied at San Diego State University.
*He starred as Kevin Buchanan in One Life to Live from 2003 to 2010.