Dan Osborne is a British reality television personality who was a cast member of the ITVBe reality series The Only Way Is Essex. He competed in the UK Celebrity Big Brother 2018, where he finished in third place. He came third in the second series of Splash! in 2014. He has also been featured on the cover of a number of publications including, OK!, Now, Reveal, and Star Magazine. Born on June 27, 1991 in Dagenham, United Kingdom, his full name is Daniel James Osborne. He has been married to Jacqueline Jossa since June 24, 2017. They have two daughters; Mia and Ella. He also has a son, Teddy from a previous relationship with Megan Tomlin. 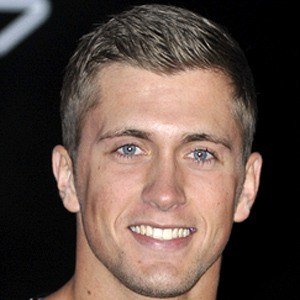 Dan Osborne Facts:
*He was born on June 27, 1991 in Dagenham, United Kingdom.
*He began his career as a model.
*He starred in the ITVBe reality show The Only Way Is Essex from 2013 until 2015.
*In 2014, he participated in the second series of Splash!, where he finished in third place.
*Follow him on Twitter and Instagram.