Actor and stand-up comedian, Dana Carvey is most famous for his performance as a cast member on Saturday Night Live. He gained additional popularity through his impersonations of George H.W. Bush on Saturday Night Live. He can also be recognized for his role as Garth Algar in the Wayne’s World and its sequel Wayne’s World 2. Born Dana Thomas Carvey on June 2, 1955 in Missoula, Montana, he is the son of Billie and Bud Carvey. He graduated from San Francisco State University with a B.A. degree in broadcast communications. He has been married to Paula Zwagerman since 1983. He was previously married to Leah Carvey. He has two sons, Thomas and Dex. 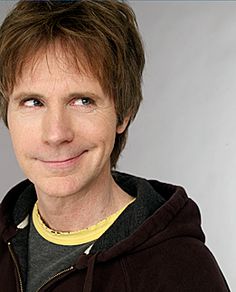 Dana Carvey Facts:
*His parents were both teachers.
*While growing up, he played the guitar and the drums.
*He used to work as a busboy at a Holiday Inn.
*He cites Kirk Douglas as big influences.
*He is a fan of the band The Village People.
*Follow him on Twitter, YouTube, Facebook and Instagram.