Dorsa Derakhshani is an Iranian chess player who represents the United States at chess tournaments. She won the titles Woman Grandmaster (WGM) and International Master (IM) in 2016. She was banned from Iranian national team for refusing to wear a headscarf. Women wearing the hijab became compulsory in Iran after the 1979 Islamic Revolution. Her younger brother Borna Darakhshani was also expelled from the national team because of playing with an Israeli counterpart. She won three gold medals at the Asian Youth Chess Championships, in 2012 (in the Girls U14 division), 2013 and 2014 (in the Girls U16). She played for the Iranian team in the women’s division of the Asian Nations Cup in 2012 and 2014, when she was part of Iran’s B team. She was born on April 15, 1998 in Tehran, Iran. In 2015, she moved from Tehran to Barcelona after she received an invitation by a chess club that also supported her studies. 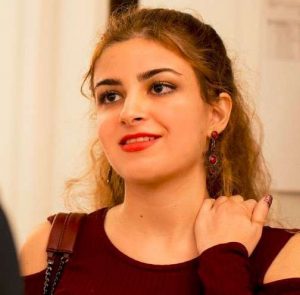 Dorsa Derakhshani Facts:
*Her younger brother, Borna Derakhshani is also a chess player.
*She was banned from Iranian national team for refusing to wear a headscarf.
*Her brother was banned for playing with an Israeli.
*Since September 2017, she has been representing the United States.
*She is an accredited FIDE journalist.
*She has the desire of becoming a dentist.
*Follow her on Facebook and Instagram.