Dana Loesch is an American television and radio host, best known by the public for her conservative talk show TheBlaze.com. As a political commentator, she has appeared for several television networks such as Fox News, CNN, CBS, ABC, and HBO. She was born in Missouri, United States as Dana Eaton. She grew up in a Southern Baptist family in Missouri. She has been married to Chris Loesch since October 28, 2000. They have two sons named Ewan and Liam. 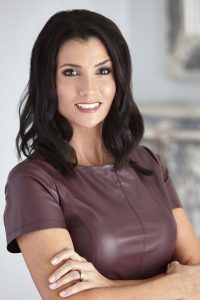