Dania Ramirez is a Dominican actress. She is known for her portrayals of Maya Herrera in Heroes, Alex in Entourage, and Blanca during the last season of The Sopranos on television. She has also starred in the films She Hate Me, X-Men: The Last Stand, Illegal Tender, Quarantine, and Premium Rush. She played Rosie Falta on Lifetime’s Devious Maids from June 2013 until its cancellation in 2016. From 2017 to 2018, Ramirez was cast as a series regular in the softly-rebooted final season of Once Upon a Time. 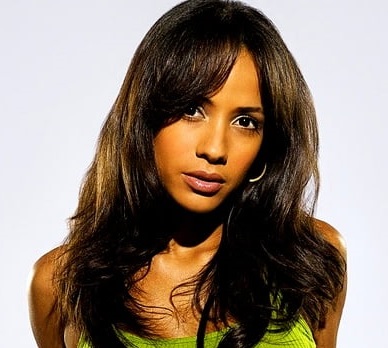 Dania Ramirez Facts:
*Born on November 8, 1979 in Santo Domingo, Dominican Republic, she grew up, living with her grandmother, in a poor household.
*She was discovered at the age of 15 by a modeling scout while working in a convenience store.
*She attended and graduated from Montclair (New Jersey) State University.
*She moved to Los Angeles to pursue her acting career.
*Her first job was Jay-Z’s girlfriend in his music video, Streets Is Watching.
*Maxim magazine ranked her #61 in the Hot 100 list.
*She dated Soul Plane director Jessy Terrero until 2008.
*Visit her official website: www.daniaramirez.org