Eri Hozumi is a Japanese tennis player who achieved a career-high singles ranking of World No. 144 on 10 November 2014, and a doubles ranking of world No. 28 on 27 May 2019. Having turned professional in 2012, Hozumi has won three doubles titles on the WTA Tour, as well as 5 singles and 19 doubles titles on the ITF Women’s Circuit. Partnering with Miyu Kato, she reached the semifinals of the 2017 Australian Open. Hozumi won her first WTA Tour doubles title in 2016, at the Katowice Open, alongside Miyu Kato. 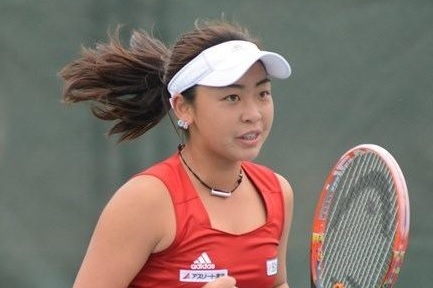 Eri Hozumi Facts:
*She was born on February 17, 1994 in Hiratsuka, Kanagawa, Japan.
*She started playing tennis at the age of eight.
*She turned professional in 2012.
*She has a career-high doubles ranking of No. 28.
*Follow her on Twitter, Facebook and Instagram.