Daniel Curtis Lee is an American actor, comedian, and rapper, best known for his role as Simon “Cookie” Nelson-Cook in the Nickelodeon series Ned’s Declassified School Survival Guide. He is also known for playing Kornelius “Kojo” Jonesworth in the Disney XD series Zeke and Luther. Daniel’s other notable works include First Monday, The Shield, Friday After Next, Good Luck Charlie, and Glee. He is also a singer-songwriter, and rapper with over 300 songs to his credit. Born on May 17, 1991 in Jackson, Mississippi, USA, to parents Nathaniel Lee Sr. and Sharial C. Lee, he has a brother Nathaniel Lee Jr. and sister Yolande. Daniel started his acting career at the age of 7 in his hometown. He graduate from California State University Long Beach with a degree in linguistics. 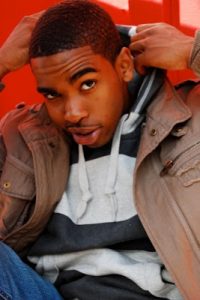 Daniel Curtis Lee Facts:
*He was born on May 17, 1991 in Jackson, Mississippi, USA.
*He lived in Clinton, Mississippi until the age of ten.
*His brother, Nathaniel Lee Jr., is also an actor.
*He is a member of the Hollywood Knights, a celebrity basketball team.
*Follow him on Twitter, SoundCloud, YouTube, Facebook and Instagram.