Daniel Dae Kim is a Korean-American actor, director, and producer. He is best known for his roles as Jin-Soo Kwon in the hit TV show “Lost”, and Chin Ho Kelly in the CBS reboot “Hawaii Five-0”. He is also known for his roles as Gavin Park in Angel, and Johnny Gat in the Saints Row series of video games. Daniel shared a 2006 Screen Actors Guild Award for Best Ensemble, for his work on Lost. Born Daniel Dae Hyun Kim on August 4, 1968 in Pusan, South Korea, he moved to the US when he was two years old. He attended Freedom High School in Bethlehem, Pennsylvania, and holds an M.F.A. from the Graduate Acting program at New York University. He is married to Mia Kim, with whom he has two sons. 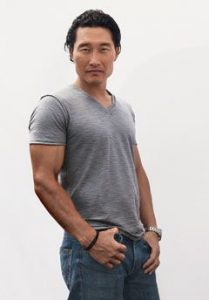 Daniel Dae Kim Facts:
*He was born on August 4, 1968 in Pusan, South Korea.
*He grew up in New York and Pennsylvania.
*He has twice been named one of “People” Magazine’s “Sexiest Men Alive.”
*He is the founder of the film and television production company 3AD.
*He served as a speaker at the 2014 University of Hawaii commencement ceremony.
*Follow him on Twitter, Facebook and Instagram.