Dan Futterman is an American actor, screenwriter and producer who wrote the screenplay for Capote (2005), for which he received an Academy Award nomination, and Independent Spirit, Boston Society of Film Critics, and Los Angeles Film Critics Association awards. As an actor, Futterman is best known for his roles as Val Goldman in the 1996 film comedy film The Birdcage, and Vincent Gray on the CBS drama series Judging Amy. Futterman’s other notable works include Related, In Treatment, Judging Amy, Political Animals, Gracepoint, Foxcatcher, and The Looming Tower. Born Daniel Paul Futterman on June 8, 1967 in Silver Spring, Maryland, USA, to Linda and Stanley Futterman, he grew up in Larchmont, New York. His maternal grandfather was born in Nemyriv, Ukraine, and his paternal grandfather was born in Kishinev, Russia (now Moldovia). He attended and graduated from Mamaroneck High School in 1985 and Columbia University in 1989. Futterman made his film debut in The Fisher King (1991). His breakout role came when he played Val Goldman in the 1996 comedy The Birdcage. He has been married to Anya Epstein, the sister of baseball executive Theo Epstein, since September 23, 2000. Together they have two daughters, Eve Futterman and Sylvie Futterman. 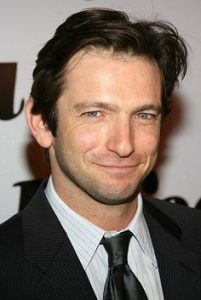 Dan Futterman Facts:
*He was born on June 8, 1967 in Silver Spring, Maryland, USA.
*He was raised in Conservative Judaism.
*He is a 1989 graduate of Columbia University.
*He landed his first stage role in the WPA production Club Soda in 1991.
*His wife, Anya Epstein, is the sister of the former Boston Red Sox GM Theo Epstein.