Daniel Ings is an English actor. He is best known for his role as Luke Curran in the Channel 4/Netflix comedy series Lovesick. He is also known for his portrayal of Jake in the Channel 4 comedy Pete versus Life and Kelvin in the BBC comedy-drama Psychoville. He also starred as Andrew “Andy” Wilson in the CBS police procedural drama television series Instinct. Born on November 30, 1985 in England, United Kingdom, Ings attended the Dauntsey’s School in Wiltshire and went to the Lancaster University, where he graduated in 2008. He later trained at Bristol Old Vic Theatre School and the National Youth Theatre, and appeared in a number of stage, short films and television programmes. He is married to Georgia Gibbs. They have two children. 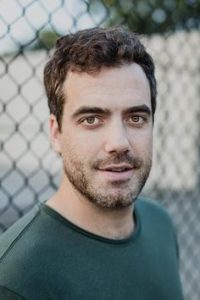 Daniel Ings Facts:
*He was born on November 30, 1985 in England, United Kingdom.
*He studied theatre studies at Lancaster University.
*He starred as Luke Curran in the Channel 4/Netflix comedy series Lovesick.
*He played Commander Mike Parker in the Netflix series The Crown.
*He portrayed Dan on Netflix’s Sex Education.