Hannah Britland is a British actress. She is best known for television roles as Abigail on Lovesick, Sam on Fresh Meat, Charlie on Skins and Linda Somerset on the Australian soap opera Home and Away. In 2013, Britland played a small role as a BOAC stewardess in the film Rush. Born on February 2, 1990 in Preston, United Kingdom, Britland attended the Cardinal Newman College and graduated from Guildhall School of Music & Drama in 2011. 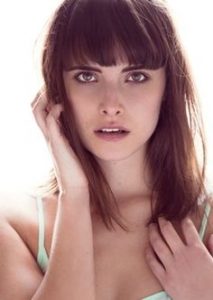 Hannah Britland Facts:
*She was born on February 2, 1990 in Preston, United Kingdom.
*She attended the Guildhall School of Music and Drama, where she graduated in 2011.
*She played Charlie in two episodes of British teen comedy-drama television series Skins.
*She is a grade eight singer with a soprano vocal range.
*Follow her on Facebook.