Daniela Nieves is a Venezuelan actress. She is best known for her portrayal of Andrea “Andi” Cruz on the Nickelodeon series Every Witch Way and WITS Academy. In 2018, Nieves was cast as Ananda in the Facebook Watch series Five Points. Previously, she had appeared as a guest-star in several television shows such as Una Maid en Manhattan, El Rostro de Analía and La viuda de Blanco. 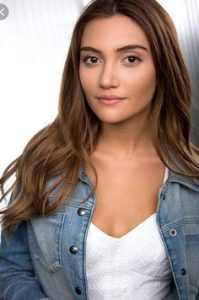 Daniela Nieves Facts:
*She was born on July 4, 1997 in Venezuela.
*She moved to the United States when Nieves was just four months old.
*She was educated at Buffalo Gap High School in Swoope, Virginia.
*She has an older brother who graduated from Florida International University.
*She made her television debut as Patricia Giraldo in La viuda de Blanco in 2006.
*Follow her on Twitter and Instagram.