Ian Beattie is a Northern Irish actor. He is best known for his portrayal of Ser Meryn Trant on HBO’s Game of Thrones, and for his role as Antigonus in Oliver Stone’s film Alexander. Beattie’s other appearances include Starred Up, Space Truckers, Line of Duty, Number2s, Barbarians Rising, and Vikings. Born on March 3, 1965 in Belfast, Northern Ireland, Beattie studied at Methodist College Belfast and then attended law school at Queens University Belfast. 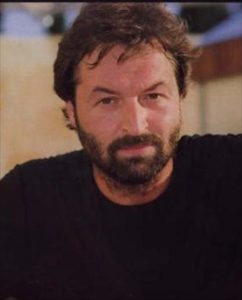 Ian Beattie Facts:
*He was born on March 3, 1965 in Belfast, Northern Ireland, UK.
*He start his acting career at an early age.
*He studied drama at the London Academy of Music and Dramatic Art.
*He played Ser Meryn Trant in the HBO fantasy drama, Game of Thrones for seasons 1 through 5.