Daniela Pestova is a Czech model, best known for her appearances in the Sports Illustrated Swimsuit Issue and as a Victoria’s Secrets lingerie model. She has appeared on the cover in many international fashion magazines including GQ, Glamour, Cosmopolitan, Shape, Fitness, Bikini, Marie Claire and ELLE. Born on October 14, 1970 in Teplice, Czechia, she was discovered at age 19 at a theater in Prague by Madison Modeling Agency’s Dominique Caffin. She married former Fashion Café CEO Tomasso Buti in 1995, and the couple had a son named Yannick Fausto in 1996 before getting divorced in 1998. In 2001, Pestova began dating Slovak singer Pavol Habera, frontman of Slovak band TEAM. They have two children. 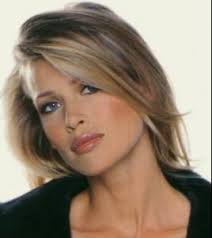 Daniela Pestova Facts:
*She was born on October 14, 1970 in Teplice, Czechia.
*She began her modeling career at the age of 17 in Prague.
*She had plans to attend college after grammar school but moved to Paris after being discovered by a member of the Madison Modeling Agency.
*She appeared on the cover Sports Illustrated Swimsuit Issue in 1995, 2000 and 2006.
*She became a Victoria’s Secret Angel from 1997 to 2001.
*She is fluent in Czech, French, Russian, and Italian.
*Follow her on Instagram.