Danielle Fishel is an American actress, model, director, and television personality. She is best known for her portrayal of Topanga Lawrence-Matthews on the teen sitcom “Boy Meets World”, and it’s 2014 successor “Girl Meets World”. From August 2008 to March 2011 Fishel hosted The Dish for the Style Network, and appeared in several films, including National Lampoon’s Dorm Daze, as well as its sequel. Born Danielle Christine Fishel on May 5, 1981 in Mesa, Arizona, to parents Jennifer and Rick Fishel, she has a younger brother: Christopher Fishel. She graduated from high school in 1999. Fishel started her career in theatre, appearing in community productions The Wizard of Oz and Peter Pan. She has been married to Jensen Karp since November 4, 2018. They have a son together. She was previously married to Tim Belusko. 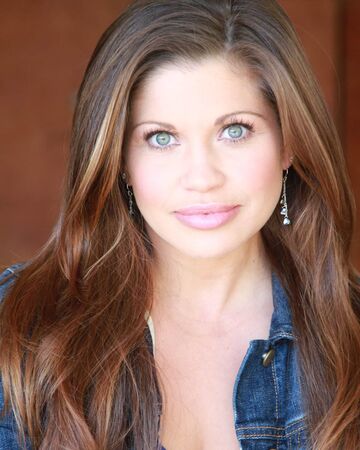 Danielle Fishel Facts:
*She was born on May 5, 1981 in Mesa, Arizona, USA.
*Her ancestry includes Maltese, English, German, Irish and Scottish.
*She started acting professionally at the age of 10.
*She was voted as one of Teen People’s magazine hottest stars under the age of 21.
*William Daniels is her acting mentor.
*She owns 130 pairs of shoes.
*She lost 27 pounds on the Nutrisystem diet.
*Visit her official website: www.befreebydaniellefishel.com
*Follow her on Twitter, Facebook and Instagram.