Tyler Blackburn is an American actor, model and singer. He is best known for his portrayal of Caleb Rivers in the television series Pretty Little Liars and its spin-off, Ravenswood. He joined the cast of The CW series Roswell, New Mexico in March 2018. Blackburn recorded “Find a Way” in 2012 for the ABC Family television show, The Secret Life of the American Teenager. Born Tyler Jordon Blackburn on October 12, 1986 in Burbank, California, he is of English, Welsh, Czech, and Swedish descent. He has three brothers and a sister. 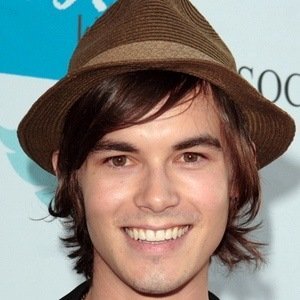 Tyler Blackburn Facts:
*He was born on October 12, 1986 in Burbank, California, USA.
*He was educated at Saugus High School.
*He began performing in 2004 and appeared on the series Unfabulous on Nickelodeon.
*He has a 4 inch long scar on his left shoulder. This was caused due to the removal of a benign bone tumor at the age of ten.
*He publicly came out as bisexual in April 2019.
*Follow him on Twitter, Facebook and Instagram.