Danielle Panabaker is an American actress born in Augusta, Georgia. She is best known by the public for her roles as Brittany Aarons in 2004 TV film Stuck in the Suburbs, Layla Williams in the 2005 film Sky High, and Isabella in Read It and Weep. She played Julie Stark in legal drama Shark from 2006 to 2008, and Jenna in the film Friday the 13th. Born Danielle Nicole Panabaker on September 19, 1987 in Augusta, Georgia, USA, to Donna and Harold Panabaker, she belongs to English, Irish, German, Lithuanian, Scottish, Welsh, and more distant Norwegian and Dutch descent. She is the older sister of Kay Panabaker. She graduated from a California high school at age 14. She was engaged to her longtime boyfriend Hayes Robbins in July 2016. They married on June 24, 2017. 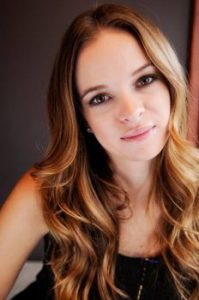