Natalie Maines is an American singer and songwriter as well as activist. She is best known as the lead singer of the country music band the Dixie Chicks, whose album ‘Taking the Long Way’, won five Grammy Awards (including Album of the Year). Dixie Chicks’s hit songs include, “Not Ready to Make Nice”, “You Were Mine”, “Travelin’ Soldier”, “There’s Your Trouble”, and “Wide Open Spaces”. Fellow members are sisters Emily Robison and Martie Maguire. Her solo album, Mother, was released in May 2013. Born Natalie Louise Maines on October 14, 1974 in Lubbock, Texas, USA, Natalie is the daughter of Tina May Maines and Lloyd Maines, a country musician and producer. She is a 1992 graduate of Lubbock High School. In 2000, she married actor Adrian Pasdar with whom she has two sons, Jackson and Beckett. She filed for divorce In July 2017. She was previously married to Michael Tarabay from 1997 to 1999. 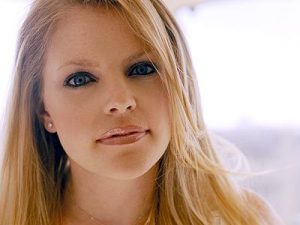 Natalie Maines Facts:
*She began singing when she was 3 years old.
*She was a cheerleader while in high school.
*She was a supporter of Ann Richards.
*Visit her official website: www.nataliemainesmusic.com
*Follow her on Twitter and Facebook.