Danni Boatwright is an American actress, model, TV personality and beauty queen, best known for winning the $1,000,000 prize on Survivor: Guatemala. She appeared on The Fantasy Show on ESPN2, and was the first host of CelebTV.com, an entertainment news website. Born Danielle Boatwright on July 13, 1975 in Tonganoxie, Kansas, she was raised by her mother, Vicki Cackler, and stepfather. She attended University of Kansas. In 1992, Boatwright won the Miss Kansas Teen USA title and became the first representative of the Vanbros pageant group. She represented Kansas at the 1992 Miss Teen USA pageant in Biloxi, Mississippi and placed second behind Miss North Carolina Teen USA Rachel Adcocks in the preliminary competition. Four years later Boatwright won the Miss Kansas USA 1996 and represented her state in the national Miss USA competition. Since 2007, she has been married to Casey Wiegmann. Together they have two sons. She was previously married to country music singer Wade Hayes. 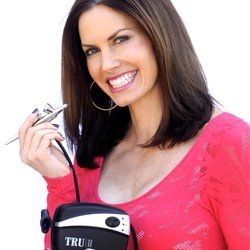 Danni Boatwright Facts:
*She was born on July 13, 1975 in Tonganoxie, Kansas, USA.
*She was crowned Miss Kansas Teen USA 1991 and Miss Kansas USA 1996.
*She was first runner-up to Miss USA 1996.
*She won $1,000,000 on Survivor: Guatemala, the eleventh season of the reality television show Survivor.
*She is very close friends with fellow Survivor Guatemala contestants Gary Hogeboom, Brandon Bellinger, Bobby John Drinkard and Stephanie LaGrossa.
*Follow her on Facebook and Instagram.