Aaron Paul Renfree is a British singer, actor and dancer who was a member of the British pop group S Club 8. He starred in I Dream but did not appear in every episode due to studying for his GCSEs at the time of filming. In 2007, He starred in Flashdance: The Musical. In 2012, Renfree appeared as a dancer on The Voice UK and The X Factor. 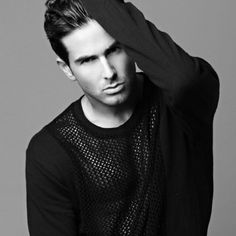 Aaron Paul Renfree Facts:
*He was born on December 19, 1987 in Truro, United Kingdom.
*He has one brother, Billy and two sisters, Anna and Lisa.
*He was the oldest member of S Club 8.
*He filmed the whole of the S Club United tour, as he was making a documentary for his GCSE in media studies.