Dannii Minogue is an Australian pop singer, songwriter, actress, model and presenter. She achieved recognition in the early 1980s for her roles in the Australian television talent show Young Talent Time and the soap opera Home and Away. As a singer, Minogue has so far released five albums: Dannii/Love and Kisses, released in 1990, Get into You, released in 1993, Girl, released in 1997, Neon Nights, released in 1997, and Club Disco, released in 2007. Her hit songs include “Who Do You Love Now”, “Baby Love”, “Jump to the Beat”, “Success”, “Love and Kisses” and “This is It”. She also served as a judge on the British television programme The X Factor from 2007 to 2010, and Australia’s Got Talent from 2007 to 2012. Born Danielle Jane Minogue on October 20, 1971 in Melbourne, Victoria, she is the daughter of Carol Jones and Ronald Charles Minogue, and younger sister to Kylie Minogue and Brendan Minogue. She was raised in the inner Melbourne suburb of Surrey Hills. She completed her schooling from Canterbury Primary School and Camberwell High School in Melbourne, Victoria, Australia. She was married to actor Julian McMahon from 1994 to 1995. She has a son named Ethan Edward Smith. 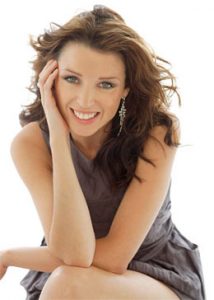