Danny Trejo is an American actor, best known for his roles in numerous Hollywood films as hyper-masculine characters, villains and anti-heroes such as in Heat (1995), Con Air (1997), and Desperado (1995). His other notable film credits include Grindhouse, Once Upon a Time in Mexico, From Dusk Till Dawn, Urban Justice, and Machete. 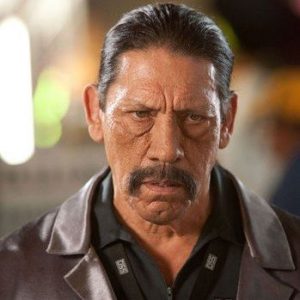 Danny Trejo Facts:
*He belongs to Mexican descent.
*He became a lightweight prison boxing champion while serving an 11-year sentence for robbery.
*Has tattoo on his chest of a woman wearing a sombrero.
*He is the only actor to appear in all three of the From Dusk Till Dawn movie series.
*Prior to his film career Trejo worked as a labor foreman in construction.
*Follow him on Twitter, Facebook and Instagram.