Cybill Shepherd is an American actress and model known for roles Jacy in The Last Picture Show, Kelly in The Heartbreak Kid, Betsy in Taxi Driver, Phyllis Kroll on The L Word, Madeleine Spencer on Psych, Maddie Hayes on Moonlighting, Cybill Sheridan on Cybill, Cassie in the television film The Client List and Linette Montgomery on The Client List. 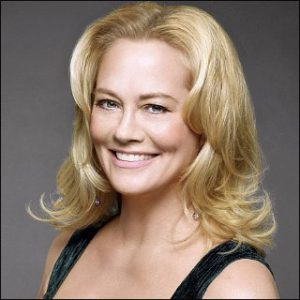 Cybill Shepherd Facts:
*She was born Cybill Lynne Shepherd on 18 February 1950 in Memphis, Tennessee, USA.
*She is the daughter of Patty, a homemaker, and William Shepherd, a small business owner.
*She was named after her grandfather Cy and her father Bill.
*She has a younger half-sister from her father’s second marriage named Catherine Shepherd Muse who lives in Senoia, Georgia.
*She was crowned Miss Teenage Memphis at the age of 16.