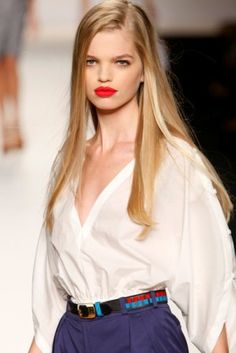 Daphne Groeneveld Facts:
*She was born on December 24, 1994 in Leiderdorp, Netherlands.
*She was discovered by a talent scout as teen while shopping with her mother in Amsterdam.
*She appeared on the 2010 December/January cover of Vogue Paris alongside Tom Ford.
*She won the title of Best Dutch Model at the Marie Claire Netherlands Fashion Awards in 2011.
*She is friends with Lindsey Wixson, Jessica Clarke, Josefien Rodermans, and Romee Strijd.
*Follow her on Twitter, Facebook and Instagram.