Towanda Braxton is an American R&B artist and reality television personality who gained fame by appearing on the WE tv reality show Braxton Family Values with her famous family. Born Towanda Chloe Braxton on September 18, 1973 in Severn, Maryland, to parents Michael and Evelyn Braxton, she is the sister of Toni, Tamar, Trina, Traci, and Michael Braxton Jr. At age 5, she started singing with her sisters and signed her first record deal in 1989. She was married to Andre Carter from 2004 until they divorced in 2017. She has two children. 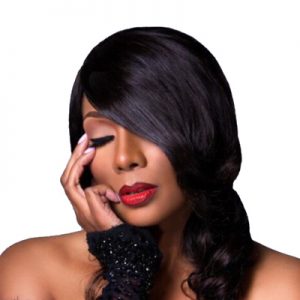 Towanda Braxton Facts:
*She was born on September 18, 1973 in Severn, Maryland, USA.
*She is a younger sister of R&B singing icon Toni Braxton.
*She gained fame by appearing on the series Braxton Family Values.
*Member of Zeta Phi Beta Sorority, Inc.
*Follow her on Facebook and Twitter.