Darlene Love is an American singer and actress. She rose to prominence in the 1960s with her song “He’s a Rebel,” which topped the Billboard Hot 100 chart in November 1962. She was also a backup singer, working with hit artists like Elvis Presley, Aretha Franklin and Dionne Warwick. She also sang vocals on the Bob B. Soxx and the Blue Jeans top twenty hit “Zip-a-Dee Doo Dah”. As an actress, she is best known by the public for her role as Trish Murtaugh in the Lethal Weapon film series. Born Darlene Wright on July 26, 1941 in Hawthorne, California, to Ellen Maddox and Joe Wright, she grew up in Texas. She started singing in her church choir at age ten. She began her career as lead singer with the vocal trio, The Blossoms. She joined the girl group The Blossoms as a high school student in 1957. She has married three times and is the parent of three children. 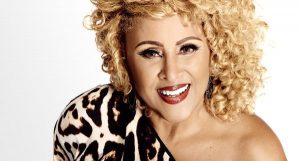 Darlene Love Facts:
*She is the daughter of a Pentecostal minister.
*She started performing at a very early age.
*She was inducted into the Rock and Roll Hall of Fame in 2010.
*Visit her official website: www.darleneloveworld.com
*Follow her on Facebook and Myspace.