Benjamin McKenzie is an American actor. He is best known for his roles as Ryan Atwood in the television show, The O.C. and Ben Sherman in TNT’s Cop Drama, Southland. He made his feature film debut in ‘Junebug’ opposite Amy Adams. Born Benjamin McKenzie Schenkkan on September 12, 1978 in Austin, Texas, USA to Mary Frances Victory and Pieter Meade Schenkkan, he belongs to Dutch Jewish, Scottish and English descent. He attended Austin High School, and played wide receiver and defensive back for the school’s football team. He is married to actress Morena Baccarin, with whom he has a daughter. 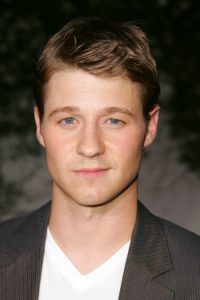 Benjamin McKenzie Facts:
*He is the son of Austin attorney Pieter Schenkkan and poet-writer Mary Frances Victory.
*His uncle is playwright Robert Schenkkan.
*He was voted 10th on InStyle’s “10 Hottest Bachelors Of Summer” in July 2005.
*He is best friends with Paul Wesley.
*Follow him on Twitter, Facebook and Instagram.