Darren Criss is an American actor, singer and songwriter. He is best known for his portrayal of Blaine Anderson on Fox’s Glee, and for his role as Andrew Cunanan in The Assassination of Gianni Versace: American Crime Story. He has also starred on Broadway in How to Succeed in Business Without Really Trying, A Very Potter Senior Year, A Very Potter Musical and Hedwig and the Angry Inch. In 2019, Criss won the Golden Globe for Best Actor in a Limited Series or TV Movie for his leading role in The Assassination of Gianni Versace: American Crime Story. As a singer-songwriter, he has released albums with StarKid Productions and Glee. Born Darren Everett Criss on February 5, 1987 in San Francisco, California, to parents Cerina Bru and Charles William Criss, he has an older brother, Chuck Criss, who is a member of the band Freelance Whales. Criss went to University of Michigan and graduated with a degree in Theater Performance and a double minor in musicology and Italian in 2009. He made his professional stage debut at age 10 in the 42nd Street Moon production of Harold Rome’s Fanny 1997 and made his feature film debut in the 2012 film Girl Most Likely. Criss became engaged to his long term girlfriend Mia Swier in January 2018. They married in New Orleans in February 2019. 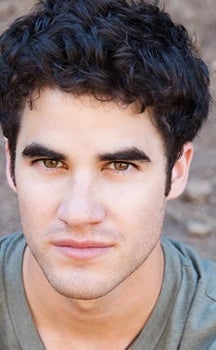 Darren Criss Facts:
*He was born on February 5, 1987 in San Francisco, California, USA.
*His ancestry includes Filipino, Chinese, Spanish, English, German, and Irish.
*His older brother, Chuck Criss, is a member of the Freelance Whales.
*He portrayed Blaine Anderson on the Fox musical comedy-drama series Glee from 2010 to 2015.
*In 2011, he received a Broadway World Award for his role in Starship.
*He received Emmy and Golden Globe acting awards for his work in The Assassination of Gianni Versace: American Crime Story (2018).
*He speaks Italian fluently.
*In 2010, he started dating Mia Swier with whom he became engaged in January 2018 and married in New Orleans in February 2019.
*Visit his official website: www.darrencriss.com
*Follow him on Twitter, YouTube, Facebook and Instagram.