Singer and musician who won the title of Junior Singer Star on “Star Search” in 2003. David Archuleta much gained fame as a contestant on the seventh season of American Idol, where he finished as the runner-up. His first hit song “Crush” reached #2 on the U.S. Billboard Hot 100. He received a number of Teen Choice Awards from 2008 to 2010. Born as David James Archuleta on December 28, 1990 in Miami, Florida, to Lupe Marie and Jeff Archuleta, David Archuleta is of Basque, Irish, German, Iroquois, Danish descent on his father’s side, and of Honduran descent on his mother’s side. He began singing at age 6. His siblings are Claudia, Daniel, Jazzy, and Amber. 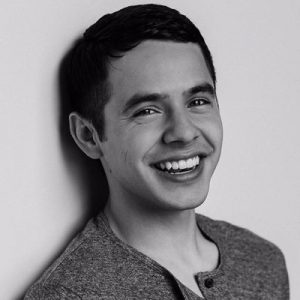 David Archuleta Facts:
*He is the 2nd oldest of five children.
*He won the title of Junior Singer Star on “Star Search” at the age of 12.
*He was the runner-up on season seven of American Idol.
*He is fluent in Spanish.
*Visit his official website: www.DavidArchuleta.com
*Follow him on Twitter, YouTube, Myspace, Facebook and Instagram.