David Ferrer is a professional tennis player from Spain. He achieved his career’s best ranking on July 8, 2013, which was #3. He is the three times champion of Davis Cup with the national tennis team of Spain (2008, 2009, 2011). David was born as David Ferrer Ern on April 2, 1982 in Jávea, Alicante, Comunidad Valeniana, Spain to Pilar Ern Cholbi and Jamier Ferrer Sapena. 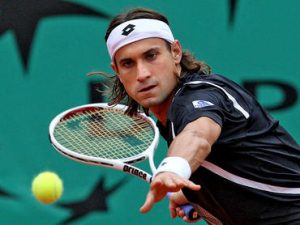 David Ferrer Facts:
*He moved to Barcelona when he was younger to attend a tennis training camp.
*He is a supporter of Spanish football club, Valencia CF.
*He loves to play basketball.
*In 2013, he began dating Marta Tornel.
*Follow him on Twitter and Facebook.

“I always try and do my best and put out the best and find the best in me, as well. But I’m not thinking about it beforehand.” – David Ferrer