David Lander is an American actor and voice actor, best known for his role as Squiggy on the television sitcom Laverne & Shirley. He has also appeared in numerous other TV shows and films including The Bob Newhart Show, Viva Valdez, Married… with Children, Twin Peaks, Barney Miller, Happy Days, On the Air, The Weird Al Show, Mad About You, Pacific Blue, and The Drew Carey Show. He has done voice work in The Big Bang, Who Framed Roger Rabbit, Tom and Jerry: The Movie, The Iron Giant, Titan A.E., The Tangerine Bear, Dr. Dolittle 2, Jimmy Neutron: Boy Genius, Green Lantern: First Flight, Will the Real Jerry Lewis Please Sit Down, Fem myror är fler än fyra elefanter, Galaxy High, A Pup Named Scooby-Doo, Midnight Patrol: Adventures in the Dream Zone, Tom & Jerry Kids, The Little Mermaid, Tattooed Teenage Alien Fighters from Beverly Hills, Superman: The Animated Series, Jungle Cubs, Johnny Bravo, 101 Dalmatians: The Series, Oswald, and The Garfield Show. In addition to acting, Lander has worked as a baseball talent scout since 1997, first for the Anaheim Angels, and later for the Seattle Mariners. He has also worked as the Goodwill Ambassador for the National Multiple Sclerosis Society. 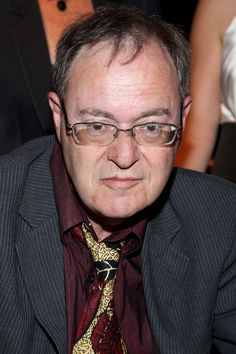 Born David Leonard Landau on June 22, 1947 in Brooklyn, New York, he is the youngest son of two Jewish schoolteacher parents Stella and Sol Landau. Lander studied Acting at Carnegie Mellon University in Pittsburgh. He has been married to Kathy Fields since March 10, 1979. Together they have one daughter, Natalie Lander. He was previously married to Thea Markus (Pool).

David Lander Facts:
*He was born on June 22, 1947 in Brooklyn, New York, USA.
*He is the son-in-law of Freddie Fields and Edith Fellows, and stepson-in-law of Corinna Tsopei.
*He is the father of Natalie Lander.
*He decided to become an actor when he was 10.
*He played Andrew “Squiggy” Squiggman on the situation comedy Laverne & Shirley from 1976 to 1982.
*He was diagnosed with multiple sclerosis in May 1984, but kept his illness a secret from the public for 15 years.
*Follow him on Twitter.