Missi Pyle is an American actress and singer, known for various roles in film and television such as Laliari in Galaxy Quest, Mildred in Big Fish, Eileen in Cleaners, Dina Simac in Jennifer Falls, Celery Bellacourt / Celery Savoy in Another Period, Ashley in Bringing Down the House, Fran in DodgeBall: A True Underdog Story, Gert Buckwald in Bordertown, Alicia in The Soul Man, Mrs. Beauregarde in Charlie and the Chocolate Factory, Raylene in Harold & Kumar Escape from Guantanamo Bay, Natasha in Mom, Cleo Coles in Impulse, Constance in The Artist, Ellen Abbott in Gone Girl, Ellen McCune in Captain Fantastic, Mercedes in Ma, and Karen Kintner in Dirty John. She has also appeared as a guest-star in several television series such as Heroes, Mad About You, Drunk History, Boston Legal, Frasier, The Unicorn, Lady Dynamite, The Sarah Silverman Program, Mary + Jane, and 2 Broke Girls. Her theater credits include 900 Oneonta, Boeing-Boeing and Bare. Pyle has also established in parallel a singing career as a member of the country rock duo Smith & Pyle with actress Shawnee Smith. 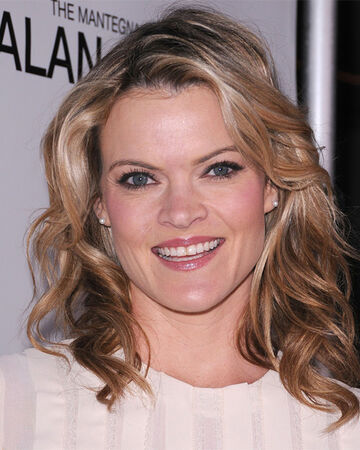 Born Andrea Kay Pyle on November 16, 1972 in Houston, Texas, to parents Linda and Frank Pyle, she has four older siblings, brothers Sam and Paul, and sisters Debbie and Julie. Pyle graduated from North Carolina School of the Arts in 1995. She was married to Antonio Sacre from 2000 to 2005 and Casey Anderson from 2008 to 2012.

Missi Pyle Facts:
*Born on November 16, 1972 in Houston, Texas, she was raised in Memphis, Tennessee.
*She started her acting career playing a minor role in the comedy film As Good as It Gets (1997).
*She began a career as a singer in 2007.
*She was ranked #98 in Maxim magazine’s 100 Hot Women of 2004 list.
*She’s trained in Taekwondo.
*Follow her on Twitter, Facebook and Instagram.