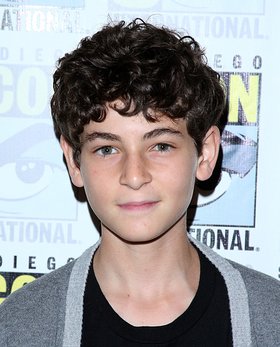 David Mazouz is an American actor who starred as Bruce Wayne in Fox’s Batman-prequel TV drama Gotham from 2014 to 2019. He played the role of mute Jacob “Jake” Bohm in the TV series Touch from 2012 to 2013. He has also starred in the films The Games Maker, The Darkness and Incarnate.

David Mazouz Facts:
*Born on February 19, 2001 in Los Angeles, California, he belongs to a Sephardic Jewish family.
*His ancestry includes Tunisian Jewish and Greek Jewish.
*He started his acting career in commercials at the age of seven after attending acting classes with his older sister.
*He played Bruce Wayne in the television series Gotham from 2014 to 2019.
*He is a huge Batman fan.
*Follow him on Twitter and TikTok.