David Oyelowo is a British-Nigerian actor and producer. He is best known for his portrayal of Martin Luther King Jr. in the 2014 historical drama film Selma, for which he received Golden Globe Award, Film Independent Spirit Award nominations and won the NAACP Image Award for Best Actor. Oyelowo also portrayed MI5 officer Danny Hunter on the British drama series Spooks from 2002 to 2004. His other notable film appearances include Nightingale (as Peter Snowden), Middle of Nowhere (as Brian), The Butler (as Louis Gaines), Interstellar (as School Principal), Queen of Katwe (as Robert Katende), Lincoln (as Ira Clark), and A United Kingdom (as Seretse Khama). Born David Oyetokunbo Oyelowo on April 1, 1976 in Oxford, England, to Nigerian parents, both of his parents are of Yoruba descent. He graduated from the London Academy of Music and Dramatic Art (LAMDA), and received the “Scholarship for Excellence” from Nicholas Hytner in 1998. He made his feature film debut in Dog Eat Dog (2001). In September 1998, he married English actress Jessica Oyelowo. They have four children. 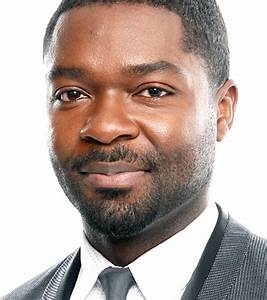 David Oyelowo Facts:
*He was born on April 1, 1976 in Oxford, England, UK.
*His family had moved to Nigeria when he was seven years old.
*He spent most of his growing years in Nigeria before returning to London at the age of 14.
*He starred as Martin Luther King Jr. in the 2014 historical drama film Selma.
*He was awarded the OBE (Officer of the Order of the British Empire) in the 2016 Queen’s New Years Honours List for his services to drama.
*Both David and his wife became naturalized American citizens on July 20, 2016.
*He is friends with Oprah Winfrey.
*Follow him on Facebook and Instagram.