David Warner is an Australian international cricketer and former captain of the Australian national team in limited overs cricket. A left-handed opening batsman, Warner is best known for his “aggressive” batting style. He became the first Australian cricketer in 132 years to be selected for a national team in any format without experience in first-class cricket. As of July 2019, he has scored 38 centuries for the national team. Born David Andrew Warner on October 27, 1986 in Paddington, Australia, to parents Lorraine and Howard Warner, he has an older brother named Steven. Warner was educated at Matraville Public School and Randwick Boys High School. He made his international cricket debut for Australia in a Twenty20 match against South Africa at the Melbourne Cricket Ground on 11 Jan 2009. Warner made his One Day International (ODI) debut in January 2009 and made his Test debut against New Zealand in December 2011 and scored his first century in the second match of the series when he made 123 not out. In 2015, Warner married Australian ironwoman and model Candice Falzon with whom he has three daughters, Ivy Mae, Indi Rae, and Isla Rose. 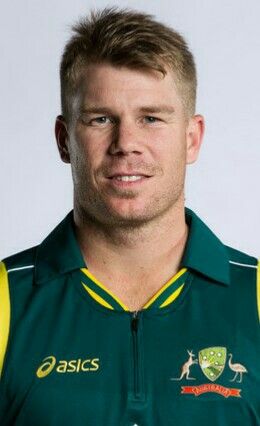 David Warner Facts:
*He was born on October 27, 1986 in Paddington, Australia.
*At 15, he made his first grade debut for the Eastern Suburbs club.
*He made his international cricket debut for Australia in a Twenty20 match against South Africa at the Melbourne Cricket Ground on 11 Jan 2009.
*He made his One Day International (ODI) debut in January 2009.
*He made his Test debut against New Zealand in December 2011.
*He became the first player since 1877 to make his debut for Australia without playing a First-Class match.
*He was banned for the majority of the 2013 ICC Champions Trophy following a post-match scuffle with English cricketer Joe Root.
*Visit his official website: www.davidwarner31.com
*Follow him on Twitter, Facebook and Instagram.