David Zepeda is a Mexican actor, model and singer, primarily known for starring in Mexican telenovelas. He is best known for roles such as Alonso Peñalvert in Soy tu dueña, as Iván Villagómez in La fuerza del destino, as Bruno Albéniz in Sortilegio and Salvador in Hasta el fin del mundo. His film credits include Jeepers Creepers 2, Desnudos and Two of a Kind. Born David Anastasio Zepeda Quintero, on September 19, 1973 in Nogales, Sonora, Mexico, Zepeda is the youngest of four brothers. He represented Mexico in the Manhunt International 2000 competition in Singapore, where he placed first runner-up. 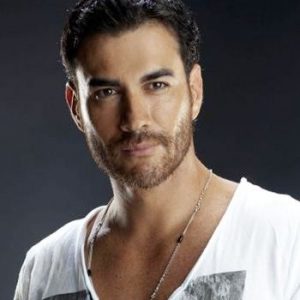 David Zepeda Facts:
*He was born in Nogales, Sonora, Mexico.
*He is the youngest of four brothers.
*He began his acting career participating in soap operas of TV Azteca.
*He placed second at the Manhunt International 2000 pageant.
*Visit his official website: www.davidzepedamusic.com
*Follow him on Twitter, Facebook and Instagram.