Dax Shepard is an American actor, comedian, writer, and director. He is best known for his appearances in the films, including Employee of the Month, Without a Paddle, Let’s Go to Prison, and Hit and Run, the latter of which he also wrote and directed, and the MTV practical joke reality series Punk’d. He has portrayed the character of Crosby Braverman in the NBC comedy-drama series Parenthood since 2010. He has been married to actress Kristen Bell since 2013. They have a three children. 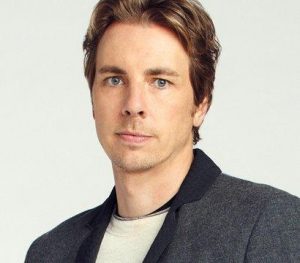 Dax Shepard Facts:
*He was born in Milford, Michigan, USA to Dave Robert Shepard, Sr. and Laura LaBo.
*His mother is of French-Canadian and Belgian descent.
*He met wife Kristen Bell at the birthday party of a mutual friend.
*Follow him on Twitter and Instagram.