Priscilla Presley is an American actress and business magnate. She is the former wife of late Elvis Presley, singing superstar and King of Rock n Roll as well as co-founder and former chairwoman of Elvis Presley Enterprises (EPE), the company that turned Graceland into one of the top tourist attractions in the United States. In her acting career, Presley starred with Leslie Nielsen in the three successful Naked Gun films, and played the role of Jenna Wade on the long-running television series Dallas. 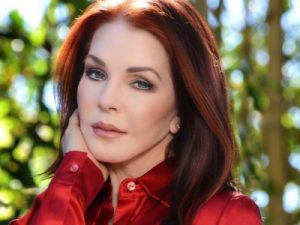 Books: Elvis and Me, Elvis: By the Presleys, Elvis intime

Priscilla Presley Facts:
*She met Elvis Presley at age 14, beginning a whirlwind romance that led to marriage.
*One of People magazine’s 50 Most Beautiful People in the World (1992).
*Her real father, James Wagner, was killed in a plane crash when she was six months old. She was adopted by her mother’s second husband, Paul Beaulieu.
*Her favorite movies are Doctor Zhivago (1965) and Gone with the Wind (1939).
*Follow her on Twitter and Facebook.