Dayanara Torres is a Puerto Rican actress, singer, model, writer, and beauty pageant titleholder who was crowned Miss Universe 1993. As an actress, she has appeared in such films as Linda Sara, Basta’t Kasama Kita, Hataw Na, Type Kita Walang Kokontra, The Nail: The Story of Joey Nardone, and 200 Cartas. She is also known to television audiences for her role as Julia Rivera on MyNetwork TV’s show Watch Over Me. In 2017, Torres won the dance competition Mira Quién Baila. She was the host of the highly rated live variety show “ASAP” which is broadcast throughout all of Asia. 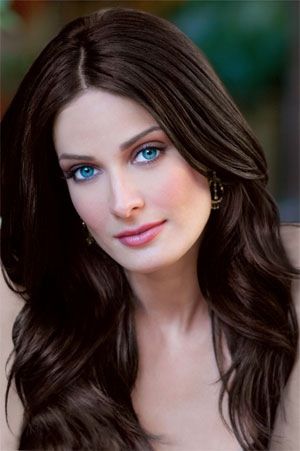 Born Dayanara Torres Delgado on October 28, 1974 in Toa Alta, Puerto Rico, to parents Luz Delgado and José Torres López, she has two older brothers named José and Joey, and a younger sister named Jeannette. She was educated at El Colegio Santa Rosa in Bayamón, Puerto Rico. Torres was discovered at the age of seventeen while walking through the Plaza de Toa Alta in her hometown, and was invited to represent Toa Alta in the annual Miss Puerto Rico pageant. She won the pageant and the right to represent Puerto Rico in the 1993 Miss Universe pageant. She married singer Marc Anthony on May 9, 2000 in Las Vegas, and had two sons, Ryan and Cristian, but the couple divorced in 2004. She got engaged to fiancé Louis D’Esposito in November 2018.

Dayanara Torres Facts:
*She was born on October 28, 1974 in Toa Alta, Puerto Rico.
*She wanted to be an orthodontist before winning the 1993 Miss Universe pageant.
*She was crowned Miss Toa Alta 1992, Miss Puerto Rico Universe 1992 and Miss Universe 1993.
*She became the 3rd Miss Universe of Puerto Rico.
*She made her acting debut with the 1994 film Linda Sara.
*She made her television debut with romantic series Maalaala mo kaya in 1994.
*She released her first and only music album Antifaz in 1998. The album topped the Latin America and Philippines Billboard charts.
*She was included in People magazine’s “Most Beautiful People” list in 2008.
*She had a four-year relationship with Filipino actor Aga Muhlach.
*She enjoys to ride horses
*She speaks Spanish, English, and Tagalog fluently.
*In February 2019, Torres announced she was diagnosed with skin cancer.
*Follow her on Twitter, Facebook and Instagram.