American rapper and YouTuber who signed a record deal with Epic Records in June 2018. DDG released the single “Arguments”, on June 1, 2018. It was certified Gold by the RIAA on April 15, 2020. DDG’s 2020 single “Moonwalking in Calabasas” became his first song to enter the Billboard Hot 100, peaking at number 82. In 2020, DDG founded his own record label, Zooted Ent. with longtime managers, Luis C. Arellano, Eric O’Connor and Dimitri Hurt of MPM Partners. 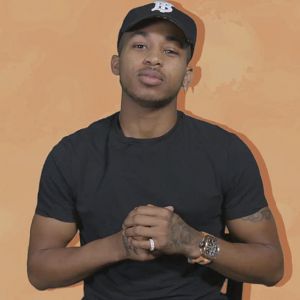 Born Darryl Dwayne Granberry Jr. on October 10, 1997 in Pontiac, Michigan, to parents Darryl Granberry Sr. and Tonya Yvette Granberry, he grew up one of five siblings. DDG graduated from International Tech Academy, where he was class valedictorian. He started making videos in 2015 when he was enrolled at Central Michigan University and later dropped out. He was in a relationship with YouTuber Kennedy Cymone from 2017 to 2018.

DDG Facts:
*He was born on October 10, 1997 in Pontiac, Michigan, USA.
*His real name is Darryl Dwayne Granberry Jr.
*His older brother was murdered in 2014.
*He began posting videos to YouTube in 2014.
*He gained fame with reaction, parody, challenge, prank and skit videos.
*He signed to Epic Records in 2018.
*Follow him on Twitter, YouTube, Facebook and Instagram.