Andy Biersack is an American singer, songwriter and musician. He is best known as the founder and lead vocalist of rock band Black Veil Brides, and is its only remaining original member. Black Veil Brides are known for their use of black makeup, body paint, tight black studded clothing, and long hair, which were all inspired by the stage personas of KISS and Mötley Crüe, as well as other 1980s glam metal acts. In May 2014, Biersack embarked on a solo project under the moniker Andy Black and released his debut album, the Shadow Side, in 2016. 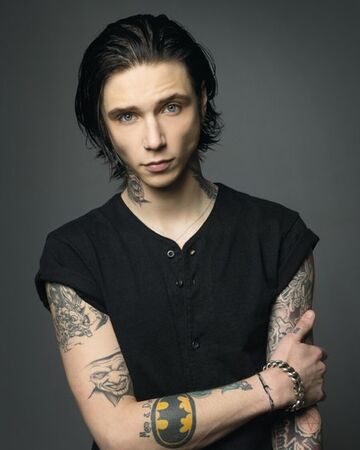 Albums: The Shadow Side, The Ghost of Ohio, Wretched and Divine: The Story of the Wild Ones, We Stitch These Wounds

Andy Biersack Facts:
*Born on December 26, 1990 in Cincinnati, Ohio, he is the son of Chris and Amy Biersack.
*The founder and lead vocalist of American rock band Black Veil Brides.
*He was named one of the top living rock stars in 2011.
*He started a solo music project under the moniker Andy Black in May 2014.
*He is a fan of comic books, he’s listed comics such as V For Vendetta, Batman: Knightfall, Batman: Hush, and Kingdom Come as favorites.
*Follow him on Twitter, Facebook and Instagram.