English actress Debbie Rush is most famous for her portrayal of Anna Windass on the long-running British soap opera Coronation Street. She played Pam in the 2009 horror film Salvage alongside Neve McIntosh. She was born Debra Ann Smith on March 29, 1966 in Castleton, Derbyshire, England. Since May 6, 1989, she has been married to Andrew Barry Rush. Together they have three children, Tom, Poppy and William. 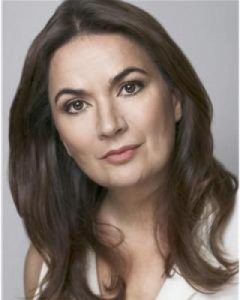 Debbie Rush Facts:
*She trained at the Manchester School of Acting.
*She received a nomination in the category of “Best Actress” at The British Soap Awards 2015.
*She released her own fitness DVD, ‘Debbie Rush’s Bulge Buster Workout’ in December 2010.
*Follow her on Twitter.