Debbie Watson is a retired American actress, best known for the television work on series such as Karen, Tammy, The Virginian and Love, American Style. She has also played prominent roles in the films Munster, Go Home! and The Cool Ones. Born Deborah Lynn Watson on January 17, 1949 in Culver City, Los Angeles, California, she started her acting in community theatre, appearing in productions of Gangway in Tustin, Forty-five Minutes from Broadway in Long Beach. In 1966, she married record producer-engineer Richard Sanford Orshoff, and they had a child, Darren, in August 1967. 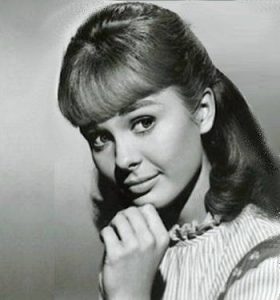 Debbie Watson Facts:
*She was born on January 17, 1949 in Culver City, Los Angeles, California, USA.
*She began her television career as a hopeful on Ted Mack and the Original Amateur Hour in 1963.
*She played Marilyn Munster in the film Munster, Go Home! (1966).
*Her husband, Richard Sanford Orshoff, is a record producer and engineer.