Deeksha Seth is an Indian film actress and model who appears primarily in Telugu cinema, in addition to Tamil, Kannada and Hindi films. She was a finalist in Femina Miss India in 2009. Deeksha made her acting debut in the 2010 Telugu drama film Vedam. Her other film appearances include Mirapakaay, Wanted, Nippu, Rebel, Jaggu Dada, Lekar Hum Deewana Dil and Rajapattai. Born on February 14, 1990 in Delhi, India, to Latha and Vasudeva Mani, she spent most of her growing years in India and Nepal. She has one older sister named Sagun. She was educated at Mayo College Girls School and University of Mumbai. 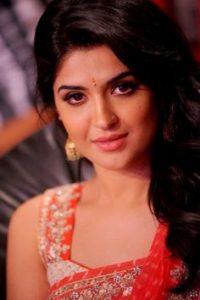 Deeksha Seth Facts:
*She was born on February 14, 1990 in Delhi, India.
*She has a sister named Sagun.
*She spent her growing years in India and Nepal as a result of her father’s business career.
*She competed in the 2009 Femina Miss India beauty pageant.
*Follow her on Twitter, Facebook and Instagram.