Ricki Lake is an American actress, producer, and television host. She is best known for hosting her own talk show, named Ricki Lake from 1993 until 2004. She played Tracy Turnblad in the 1988 movie Hairspray. In September 2011, she competed in Dancing with the Stars with Derek Hough, where she came in third place. Her other notable works include Serial Mom, China Beach, The King of Queens, Charm School with Ricki Lake, Gameshow Marathon and Celebrity Juice. Born Ricki Pamela Lake on September 21, 1968 in Hastings-on-Hudson, New York, USA to Jill and Barry Lake, she has one younger sister named Jennifer. Lake began singing at the age of 9. She was married to Rob Sussman from 1994 to 2004 and Christian Evans from 2012 to 2015. She has two sons named Owen and Milo from her previous marriage to Rob Sussman. 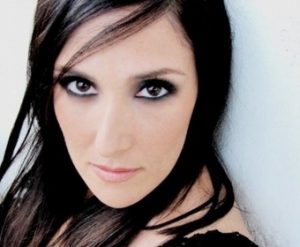 Ricki Lake Facts:
*She was born on September 21, 1968 in Hastings-on-Hudson, New York, USA.
*She is of Jewish descent.
*She is a vegetarian.
*She hosted her own talk show, named Ricki Lake from September 1993 until May 2004
*She is childhood friend of Debbie Gibson, and very good friends with Television Personality David Evangelista.
*Follow her on Twitter, Google+, Facebook and Instagram.