Mary Steenburgen is an American actress. She is best known for her role as Lynda West Dummar in the 1980 film Melvin and Howard, for which she won the Academy Award for Best Supporting Actress and Golden Globe Award for Best Supporting Actress. She has also played prominent roles in the films Ragtime, Miss Firecracker, Back to the Future Part III, What’s Eating Gilbert Grape, Elf, The Brave One, The Help, The Proposal, Cross Creek, Parenthood, Step Brothers, and Philadelphia. Her television credits include Curb Your Enthusiasm, Tender is the Night, Joan of Arcadia, Justified, The Attic: The Hiding of Anne Frank, and The Last Man on Earth. Born Mary Nell Steenburgen February 8, 1953, in Newport, Arkansas, USA, to parents Nellie Mae and Maurice Steenburgen, her father was a freight-train conductor, and her mother was a school-board secretary. She has a sister named Nancy, a teacher. She belongs to Dutch, English, Scottish and Welsh descent. Steenburgen was discovered in the reception room of Paramount’s New York office by Jack Nicholson, who cast her in the 1978 picture Goin’ South. She married Ted Danson in 1995. She was previously married to actor Malcolm McDowell from 1980 to 1990. 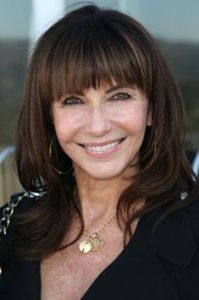 Mary Steenburgen Facts:
*She was born on February 8, 1953 in Newport, Arkansas.
*She moved to New York City in 1972 to study acting and improvisation.
*For her performance in Melvin and Howard, she won a Best Supporting Actress Oscar in 1980.
*On December 16, 2009, she was awarded a Star on the Hollywood Walk of Fame at 7021 Hollywood Boulevard in Hollywood, California.
*Follow her on Twitter and Instagram.