Demian Maia is a Brazilian former submission grappler and a current mixed martial artist competing in the Ultimate Fighting Championship’s welterweight division. He is widely considered as one of the greatest grapplers in MMA history. Turning professional in 2001, he won his MMA debut with a 48 second TKO on September 21, 2001. He is a 4th degree black belt Brazilian Jiu-Jitsu practitioner. He has won several major tournaments under Team Brasa. Born Demian Augusto Baptista Maia on November 6, 1977 in Sao Paulo, Brazil, he is of Russian descent on his mother’s side. Maia trained in Judo as a child, and started practicing Judo at the age of four and trained until he was six. He graduated from college with a degree in Journalism. He has been married to Renata Maia since 2005. Together they have one daughter, Pietra Vieira Maia. 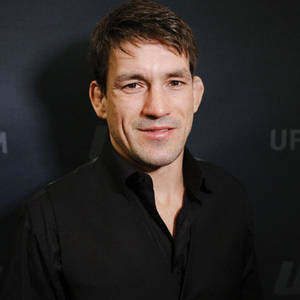 Demian Maia Facts:
*He was born on November 6, 1977 in Sao Paulo, Brazil.
*He turned professional in 2001.
*He is a 4th degree black belt Brazilian Jiu-Jitsu practitioner.
*He is fluent in Portuguese, Spanish and English.
*His wife, Renata, works for a Brazilian magazine.
*Visit his official website: www.demianmaia.com
*Follow him on Twitter, Facebook and Instagram.