Marwan Youssef is a Lebanese singer and songwriter who is the winner of the Star Academy Arab World, the 11th season. Youssef has performed many concerts in music festivals in the Arab World. Born on April 19, 1994 in Byblos, Lebanon, to a family of Lebanese Christians, he attended The Holy Spirit University of Kaslik. He became the second Lebanese singer to win Star Academy after Joseph Attieh. 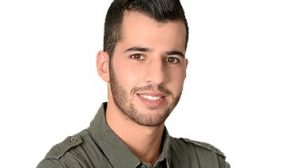 Marwan Youssef Facts:
*He was born on April 19, 1994 in Byblos, Lebanon.
*He won the title of the 11th edition of the Arab version of Star Academy.
*He performed on TV before Star Academy on religious Christian TV channel NourSat.
*Follow him on Twitter, YouTube, Facebook and Instagram.